On day three we took delivery of a rental VW and loaded up for the drive down across the boarder and into Latvia.  In contrast to Tallinn and Riga – both large heavily populated cites the countryside in between is sparsely populated and full of mostly farms.  The temperature was now down to 3 degrees F so any stops we made were quick.  While many of the people in both cites speak 4 or more languages including English in the country there was no English to be found which of course made crossing the border and any stops for snacks and food interesting.

Riga is another ancient city with an old town however not as well preserved as Tallinn.  It’s also a city of considerably more wealth with the old town blocked off for only traffic if you have a card key and with many very expensive Bentley’s, Rolls and Mercedes in view.  And while fur coats are common all through the Baltics in Riga the high end was being sported by some of the well-heeled ladies in town.  We even were able to get Red a fox scarf from an old Russian fur trader.  The hotel was lovely!  Named the Grand Palace it apparently is where celebrities and big-wigs stay when in town.  We felt rather under dressed in our winter touring clothes.

Out first day in Riga we again had a guided walking tour with Larissa who was Ukrainian by birth.  This morning this arctic cold spell that seems made especially for us cranked it down to -11 degrees F (yes MINUS) with a light breeze off the frozen river. This was testing all the clothing we had brought and bought! (I say especially for us because as we flew home 4 days later it was 30 degrees F there.) 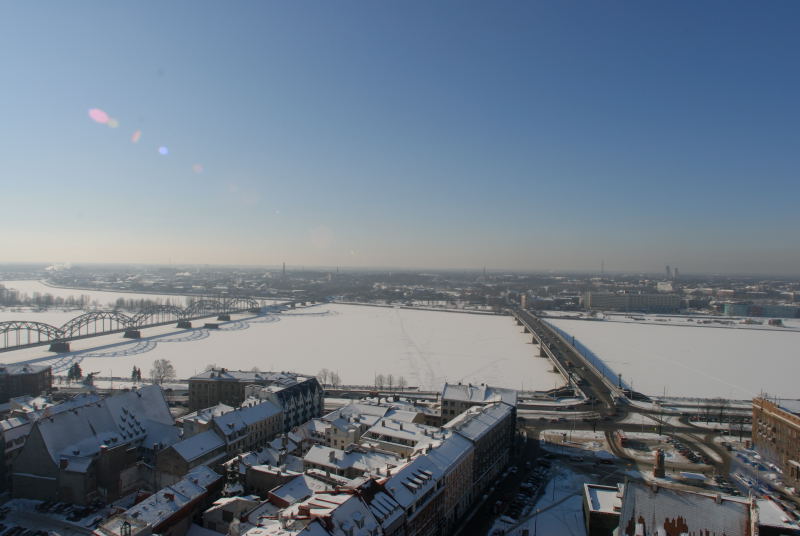