Tallinn is an ancient city with a well preserved old town dating back to the middle ages.  It was thankfully saved from most of the bombing of WWII and from demolition by Soviet occupation.  Our first day we had Margit as a guide around the city. She was a native born and raised Estonian in this country that is full of people from many different places.  It started out as what we believed was cold – we were to learn this was just the beginning of the incoming arctic cold front that would stay with us our entire visit.  Oh and it was also snowing pretty good.  Day one – 15 degrees F and snowing.  Day two which had us on our own around Tallinn dawned at 6 degrees F and clear, and this was just the beginning.  In the end I had a new wool hat/scarf combo, Red had a new hat and a new pair of gloves and Corinne caught a cold.

We started with a tour of the old town which is built on a hill and composed of two levels – the ruling class on the top and the artisans, merchants, etc. in the lower area.  A wall is around both and also dividing both.  It’s interesting to note that this continues today with the parliament and embassies in the upper old town. 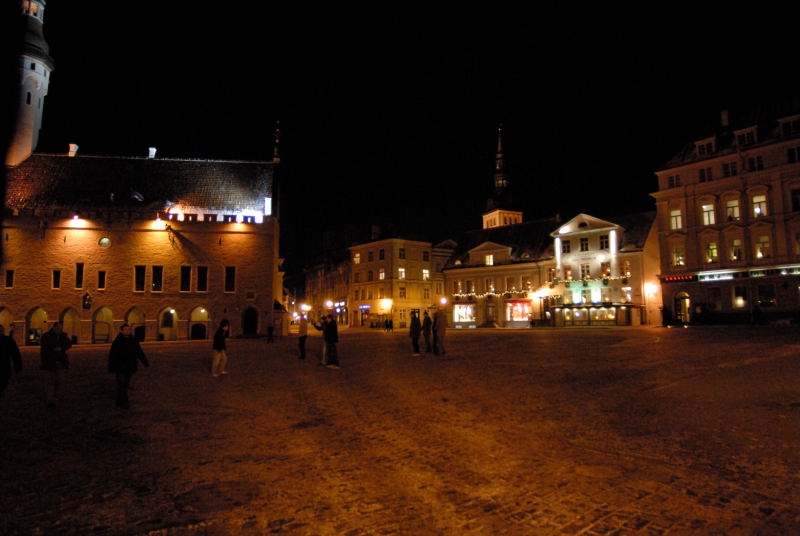